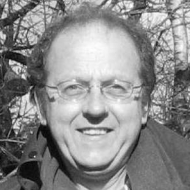 This user has not added any information to their profile yet.

Born in Dartford, Kent in 1957, Gerald Dewsbury moved with his family to Nottinghamshire in 1959 and spent the majority of his formative years roaming its comparatively mild countryside and developing an intimate interest in all its aspects.
After leaving college Gerald pursued his vocation and career as an artist and moved to North Wales in search of a wilder and more varied landscape. He has since exhibited his work in many galleries in Wales and England. In 1989 Gerald Dewsbury was the joint winner of the National Welsh Eisteddfod Exhibition, going on to win other prizes nationally.